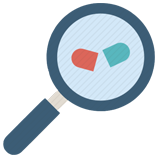 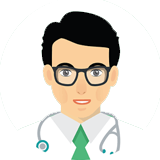 Our prescriber will review your online consultation. 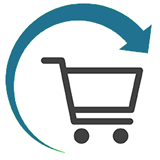 You will receive your treatment the next working
Day.

Mometasone (Nasonex) belongs to a group of medicines known as corticosteroids. These medicines work by actively reducing inflammation and swelling in order to relieve the symptoms associated with hay fever, such as itchy eyes and nose, sneezing and congestion.

Hay fever is usually worse between late March and September, especially when it’s warm, humid and windy. This is when the pollen count is at its highest (pollen forecast).

Check if you have hay fever Symptoms of hay fever include:

sneezing and coughing a runny or blocked nose itchy, red or watery eyes itchy throat, mouth, nose and ears loss of smell pain around your temples and forehead headache earache feeling tired If you have asthma, you might also:

have a tight feeling in your chest be short of breath wheeze and cough Hay fever will last for weeks or months, unlike a cold, which usually goes away after 1 to 2 weeks.

How to treat hay fever yourself There’s currently no cure for hay fever and you can’t prevent it. But you can do things to ease your symptoms when the pollen count is high.

Steroid nasal sprays don’t usually cause any significant side effects if used correctly and at normal doses.

Side effects can include:

a stinging or burning sensation in the nose dryness and crustiness in the nose a dry, irritated throat an unpleasant taste in the mouth itchiness, redness and swelling in the nose nosebleeds If you’re taking a high dose for a long time, there’s also a small chance you could get some of the side effects associated with steroid tablets, such as increased appetite, mood changes and difficulty sleeping.

These are not all the side effects of mometasone nasal spray. For a full list see the Patient information leaflet